Click on the images below for more details on each controller. Some of the older controllers can still be found in the likes of Japanese auction sites. See this OneSwitch Blog post for more.

Many of the controllers below can be made to work with most games machines or computers with suitable controller adapters.

Please feel free to e-mail for help on anything that is unclear. 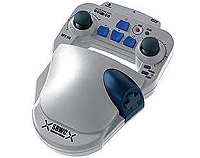 A well built controller from HORI that is best for left hand play, but can be used by right handed gamers too. Playstation one and PS2 compatible. Various well priced one handed solutions for PS4 or Xbox One. A heavily modified Xbox One controller for left or right-handed use. 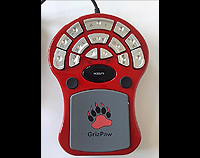 A Playstation 2 digital controller with 14 buttons and 2 digital thumb-sticks. 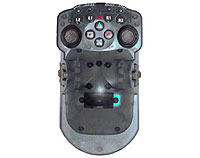 Suitable for left and right handed play, and designed for the Playstation 2. Use with newer machines with additional adapters. 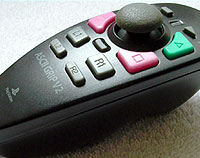 Suitable for left or right handed play. Compatible with many but not all Playstation 2 games with a switchable thumb-stick. 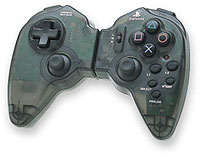 A unique controller that can be used in three different ways: traditional, separated and one handed. Playstation One and PS2 compatible.

Designed for use with the Playstation One console, this controller is well suited to many older games that do not require analogue control.

Some button functions can be changed, making play easier. 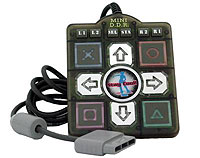 Ideal for Dancing games, and also usable with most Playstation One games. LEDs illuminate when the direction buttons are pressed. 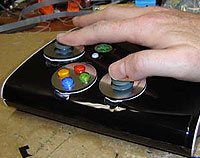 Read a review at Game Forward. 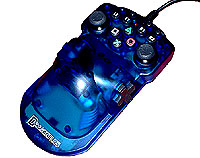 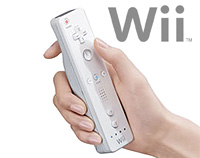 From Amazon and eBay

Nintendo Wii with Wii-mote motion tracking one handed controller. Can be made lighter via a simple adaptation.

N.B.Robert Merritt has posted a list of games that are one-hand compatible. 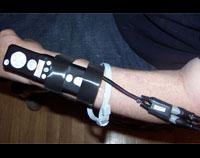 Nintendo Wii remote controller with switch interface for the A button and B trigger and wrist straps. 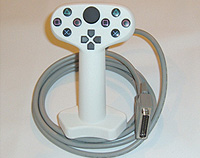 One hand controller designed to be used with the PS3-SAP module. Presently at prototype stage, but can be purchsed for around £610. 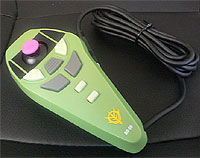 A USB PC one handed controller that can be reconfigured using the likes of JoyToKey.

Designed for Gundam Online games but can be used for all kinds of things. Would require a Titan One to be used on game consoles. More help in finding and purchasing one can be found at this OneSwitch Blog post. 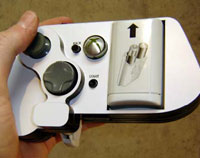 There are a number of people and organisations that may be able to build you a tailor made controller at a price.

One Hand Gaming News - Via the OneSwitch.org.uk Blog.

Controller Adapters - Enabling Playstation controllers to be used on alternative games consoles and computers. Remapping of controls is possible.