Inaccessible controllers and inaccessible games are the bane of many disabled peoples lives.

Many games have too many buttons to remember, are too fast, and have very little help to offer the player at all.

Many games won't allow people to use their favourite controllers, nor change the layout of their controls in a useful way.

These barriers cause frustration for many. Games a person might desperately want to play, frequently prove to be an unrewarding, uncomfortable, or impossible challenge in reality.

Disabled people regularly facing these barriers are novice gamers, physically disabled gamers, learning disabled gamers and many children up to the age of eight.

It is worth noting that the first video game adopted by the mainstream public was Atari's Pong in 1972 with just one simple paddle controller needed to play. It was not Nutting Associate's earlier video game Computer Space 1.1, which failed in large part, due to it's complicated controls and nature.

Into The Modern Era

Video Games such as Taito's Space Invaders in 1978 and Namco's Pac-Man in 1980 carried on this success, aided by simple controls and immediately understandable game play. However, from Williams' Defender 1.2 on, games of increasing complexity, rapidly began to exclude elements of the gaming public.

With the arrival of the Sony Playstation in 1994, and its 14 button game controller, gaming had rarely seemed more complicated. In 1997 Sony's replacement Dual-Shock controller, with its two analogue sticks and 16 effective buttons, seems to have marked the summit of standard controller complexity.

If you know a gamer with arthritis, or small hands, or someone who has never played a game before, or has learning disabilities, or someone with paralysis, such controllers can make gaming a mountainous task. However, with an alternative controller, and some simple software features, many of these barriers can be removed for the benefit of all gamers. This presentation hopes to shed some light on ways forward...

Gamers finding JoyPad styled controllers inaccessible have to track down a better alternative, or give up. Many people try to make do with the best standard controller they can find that is compatible. Considering the vast range of devices in existence, especially for the Playstation One and Playstation 2 consoles, many people find a good fit. Many others do not...

Some people find that they need to make use of adapted controllers, where more accessible controls can be added. This is achieved with the help of family members, charities such as MERU and REMAP, and businesses such as OneSwitch, RJ Cooper, Kokoto Step, and Namco's Human Services Department in Japan.

Finally, some people purchase specialised accessible controllers, manufactured by the likes of Enabling Devices and Crick Software. A good starting point to track any of these controllers and organisations is at OneSwitch.org.uk. 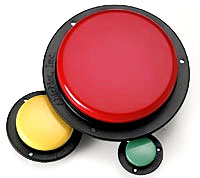 One standard that physically and learning disabled gamers can take advantage of, is the accessible switch standard. There are a huge range of off-the-shelf switches and sensors that can connect to adapted equipment via a 3.5mm mini-headphones style socket. The beauty of these individual controls is that they can be positioned by the parts of the body most able to operate them. They can also be shared out to play in teams, which can work wonderfully. Imagine two children, one severely disabled and one able bodied playing a driving game together. One child could take care of navigating menus and perhaps steering, and the other could take care of the "pedals" for stop and go. All that is needed is a games machine, switch interface and switches. 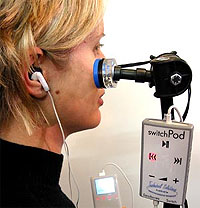 1.1 "In 1971 Nolan Bushnell and Ted Dabney created a coin-operated arcade version of Spacewar and called it Computer Space. Nutting Associates bought the game, hired Bushnell, and manufactured 1,500 Computer Space machines. The game was not a success because many people found it difficult to play." - Source: Wikipedia "History of computer and video games" 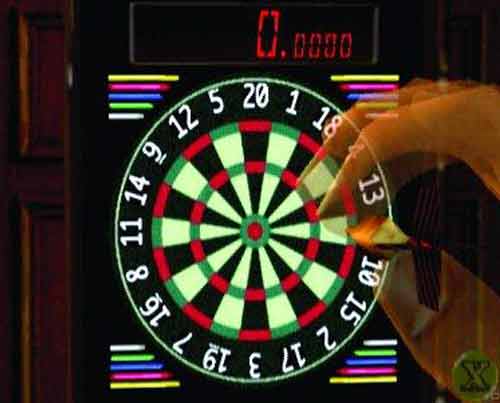