The Games Console Switch Interface Deluxe (aka C-SID) is a versatile accessible controller that can be used to play games on PCs and Playstations as standard. It can be used in many different ways to make gaming more accessible for disabled gamers. As ideal for gamers using a single push button as for people wishing to build complex fully customised set-ups.

You can learn more about the C-SID in action at the Accessible GameBase C-SID user group. Please feel free to e-mail for further "C-SID" information and for ordering details. 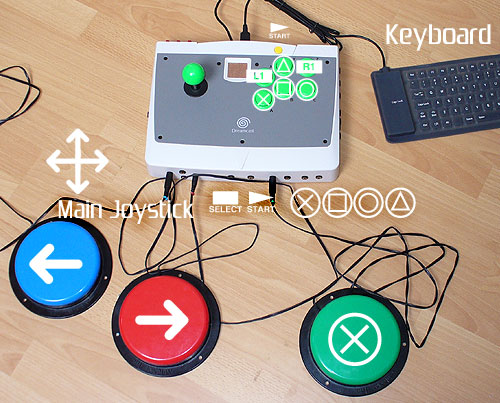 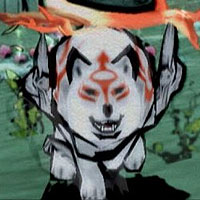 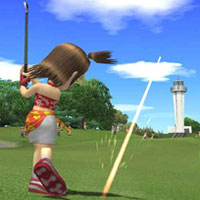 * Nintendo Wii compatibility is restricted to Wii and GameCube games that are playable with an N64 joypad. A list of compatible Wii games including Mario Kart can be found at Wikipedia. 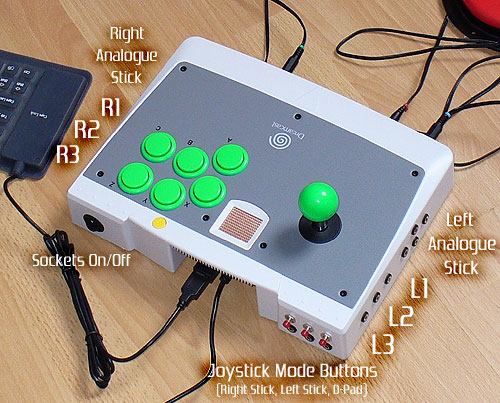 Rear View: All 27 sockets can be turned on or off, useful whilst a helper navigates menus, if the main gamer is impatiently pressing their controls wanting to get going!

There are a number of games that can be played using a single button, including Destruction Derby (PSone), Everybody's Golf (PS2), Um Jammer Lammy (PSone) and Super Monkey Ball Deluxe (PS2 - some mini-games). However, almost all games can be made accessible within a team setting, with players taking charge of how ever many controls they can cope with to play together.

Playstation One Instructions - Some old games and ideas that will work on a PS2.

Playstation 2 Accessible Games - A list of the best accessible games for the Playstation 2, most of which can be played one-switch style.

One Switch Gaming - Much information on how to make games machines accessible, games reviews, links and access campaign.